In the last ten days I’ve been bass fishing on Fish Fry Lake four times. I do feel a bit guilty…mainly about the “play” feature of fishing. Maybe I should have been weed whacking Canada Thistle or hunting for Leafy Spurge around the property (like Anne was), instead? But after a busy day in front of a computer screen, being on the water armed with a spinning rod filled to the brim with 25# braided line, with a straight shanked 3.0 hook weaved into a fat, six inch plastic worm, somehow this tends to win me over! 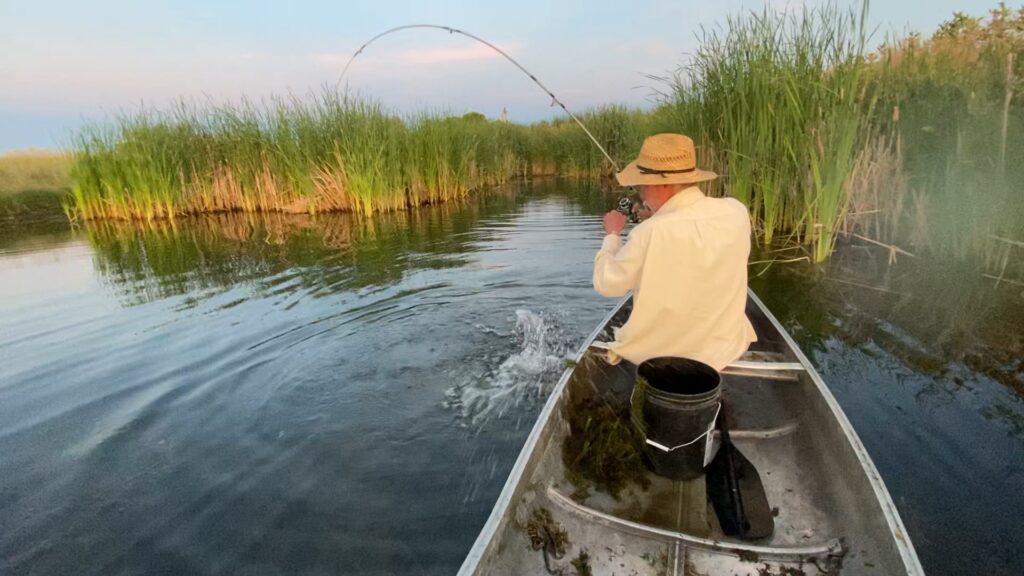 Fishing is part of our Water Resource Recovery strategy at Floating Island International’s Fish Fry Lake
The fishing events tend to last between one to two hours. The average catch is 14 to 16 fish boated. Usually about double that number are hooked, felt, but escape. Of the fish caught landed, 40% are over 16 inches, which we release based on our slot limit strategy. The smaller fish we keep are processed into fillets, fish chunks to be fed to our canines as part of their paleo diet, or even cut bait that we feed back to massive black crappie and northern yellow perch. We always feed the guts and trim back to the crappie/perch at the fish cleaning station. They might as well be piranhas, based on the boiling water!
The fish heads go into our Minnow Pond, and cycle into fathead minnows and crawfish. And incidentally, crawfish is the primary gut constituent of what we find in the Fish Fry Lake bass that we keep. Small yellow perch are next, and small bluegill follow them.

Fish Fry Lake has become a sport fishery, while producing big volumes of fillets for us and paleo food for our canines.

Dozens of four-pound bass have been caught and released, and two fish in the five-pound range so far this summer. Nothing larger, yet, although last year a 6.25-pound fish was landed.

When one of these big fish is hooked, the zig and zag and airborne tactics are truly exciting! And last night, for some reason, fish were responding to a “vertical” presentation. I would drop a worm literally six to eight feet from the canoe, keep the bail open, and “feel” fish suck up the worm. Then I’d, like them, inhale it fully and set the hook. The resulting battles are impressive!

Tomorrow a fifteen-year-old is coming by in the morning. He’s been here before, and I look forward to setting him up with a fiberglass pole instead of a spinning reel, so he can engage in this vertical fishing phenomenon without having to be so expert. It’s painfully obvious that regular fisher persons are rarely set up for fishing late summer bass, when the aquatic vegetation has to be factored in. They come with eight-pound test, and their lines break. They consistently underestimate nature. So, at this point, when it’s important for the youthful candidate to experience some success, I lend them rigs that can work. It’s easy for me and rewarding for them!

It reflects our form of Water Resource Recovery. We grow fish instead of algae! 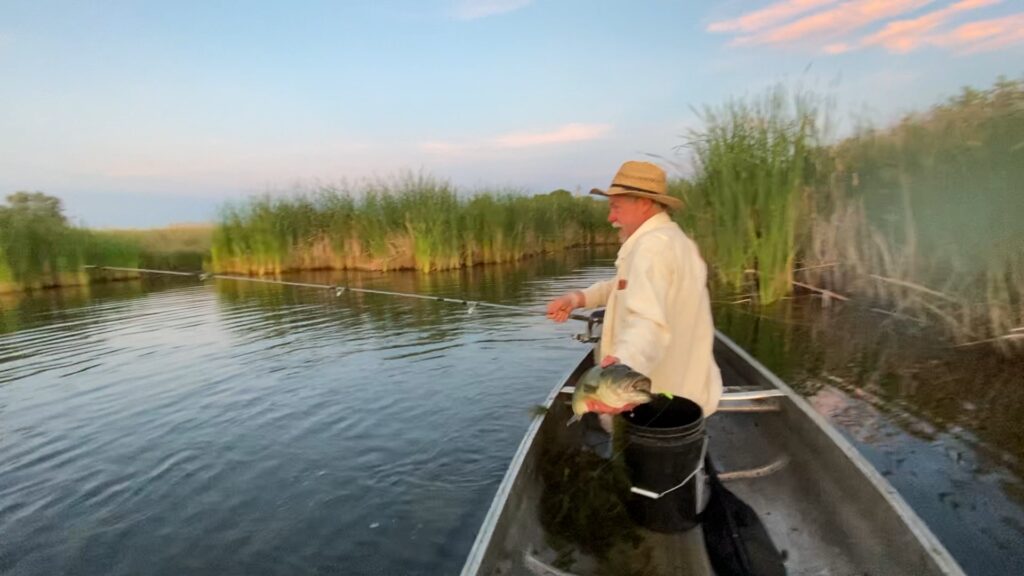