Solar BioHaven Platforms bring renewable energy close to where the users are.
Today there is growing concern about the possible side-effects of renewable energy production. This is because solar and wind farms are often sited in remote areas where real estate is less expensive. But the downside is that ever more high power lines are needed to carry energy to consumers. Wind farms seek out high-wind settings, but so do migratory birds who have evolved to use this wind for covering vast distances. So between the blades of wind turbines and often deadly power lines, bird fatalities are a sad consequence of renewable power generation.
Solar BioHaven applications address these issues.
In addition, some companies are proposing to site wind turbines off-shore, planted in the ocean itself, but this raises more troubling questions. How will waterfowl relate to such structures? Will the structures themselves function as fish aggregation devices? Will they draw in thousands more sea-ducks to feed on the fish, causing heavy bird mortality?

As an experienced floating island designer, I see potential for designing BioHaven floating platforms to house solar arrays. They can be positioned on freshwater lakes, close to the communities that will use the power. That will cut down the need for power lines in remote areas. Solar BioHavens bring multiple benefits. Over more than ten years, BioHavens have proven their resiliency in the Gulf of Mexico and off the coast of S.E. Alaska too.

Positioning commercial solar arrays on freshwater lakes is gaining acceptance, even in expensive urban settings. But it can be made even more elegant when multi-functional BioHavens are the platform that supports the solar array. For example, Harmful Algae Blooms are impacting hundreds of waterways. They cause fish kills, odor, and even toxic compounds that can kill livestock, pets, and wildlife. Solar BioHaven arrays are the most cost-effective means to prevent HABs.
Imagine a world where energy (and revenue) is derived from such water bodies, with lake restoration as a byproduct! 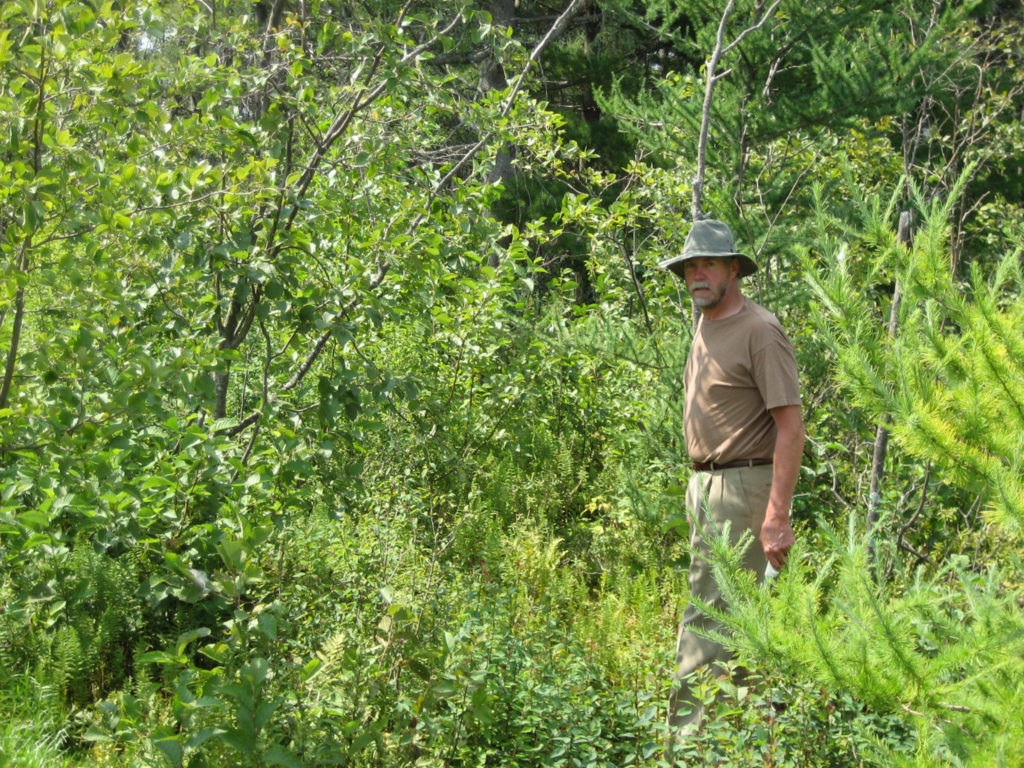 The natural beauty of a floating island in Chippewa Flowage, WI
If you are having doubts about the aesthetics of a Solar BioHaven, let me show you a window into nature’s model. While we were studying a thirty-acre, natural floating island on Chippewa Flowage in Northern Wisconsin, we taped off a square meter of riparian edge and counted plant species.  We found nearly 200, as well as an amazing mix of invertebrate life. The biocomplexity was staggering! There were even rare, insect-consuming Pitcher plants, and myriad wild orchids. There are dozens of such floating islands on the flowage, and humans rarely see them.

Similarly, we would launch Solar BioHavens on municipal lakes with many BioHaven arboretums around them, acting as pollinator reservoirs, and as conservatories of rare plant life.

Or maybe you value, as I do, their ability to attract and nurture fish populations as a side benefit! When I fished Chippewa Flowage from a canoe one day, a friend and I landed 34 largemouth bass, almost all from along the perimeters of floating islands. They also support the growth of biologically diverse microscopic species. Or, conversely, reduce infestations of midge fly or mosquitoes!

We design for quality of life. When we find a way through the social and biological challenges we humans face today, we open up a wonderful world of abundance in front of us tomorrow.